Find us in the markets or contact us for catering events

A Taste of Spain in Sydney

Sofrito Paella was born in 2014 when former hotel chef, Andy Thompson, went to London’s Covent Garden and saw a long queue for a paella stall. “I was looking to make one thing and do it well,” so he stood in a long line, and bought a plate of paella whilst mesmerised by the passionate way in which they prepared his food. But like all successful business ventures, there is more to this story than deciding to make paella one day, and business is booming the next.

“I didn’t go out to create a Spanish paella niche”, remembers owner Andy. “But I was looking to focus on creating cutting edge street food that would have customers coming back again and again.”

Disheartened and bored with cooking in hotels and casinos in the UK and Sydney, Andy began working in sales for a successful Sydney start-up and worked closely with its owners, where he credits learning how to run a business. But he knew he wanted to do something on his own, so Andy returned to his former home in Edinburgh, then visited New York and London, to seek inspiration for what to do next. In fact, he didn’t even plan to go back to cooking for a job. But it was when he experienced the vision and smells of this Spanish specialty being cooked in beautiful paella pans in a London market, he decided to bring it home to Australia.

“Admittedly, the first three months were not great,” Andy confesses. “In fact, I nearly gave up as I had a mortgage and wife to support. But I simply don’t accept defeat or failure. So, I went back to London and spent time with paella vendors to gain confidence and perfect my paella cooking.”

Thankfully for anyone in and visiting Sydney, Andy created Sofrito Paella. At first, it started for one day a week at a market stall in late 2014. Today, the Sofrito Paella team sets up each week at five different markets, caters over 40 food & wine festivals and community events annually, and its catering services are in demand.

“One thing I never forget is to continue to serve our core customers. They are the heart and soul of my business. And as we continue to grow and expand, I’m looking to bring on other passionate and creative chefs to further enhance our menu, and extend our Sofrito Paella brand and capabilities.”

“ If you like authentic Spanish streetfood, you will love Sofrito Paella” 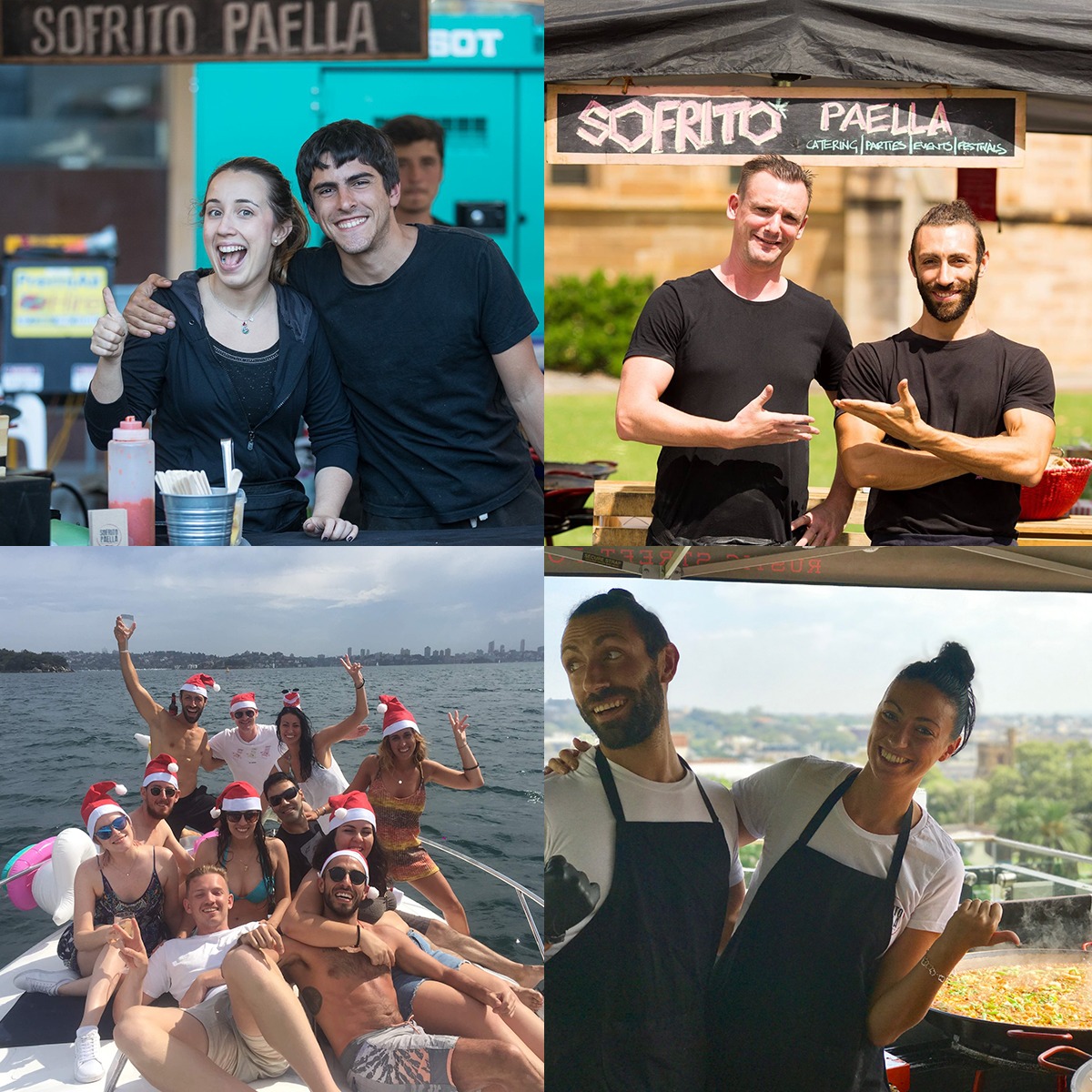 Welcome to our family

So much of Spanish cooking is about bringing family, passion and joy together, which is why our team is more like a family… and we want you to be a part of it! Our team of passionate paella cooks are not only experts at preparing food, but we have a desire to tantalise your taste buds with every bite of our authentic Spanish paella. As you watch us prepare, cook and serve your meal, our hope is you also feel the warmth of our amour of paella in every bite.

Check out our locations

Where to enjoy a taste of Spain

Our mission is to share our Paella with everyone, so we’ve set ourselves up at various markets around Sydney where you can find us each week. We are also involved in many food and wine festivals and available for catering so the mouth-watering taste of Spain can be everywhere you go. 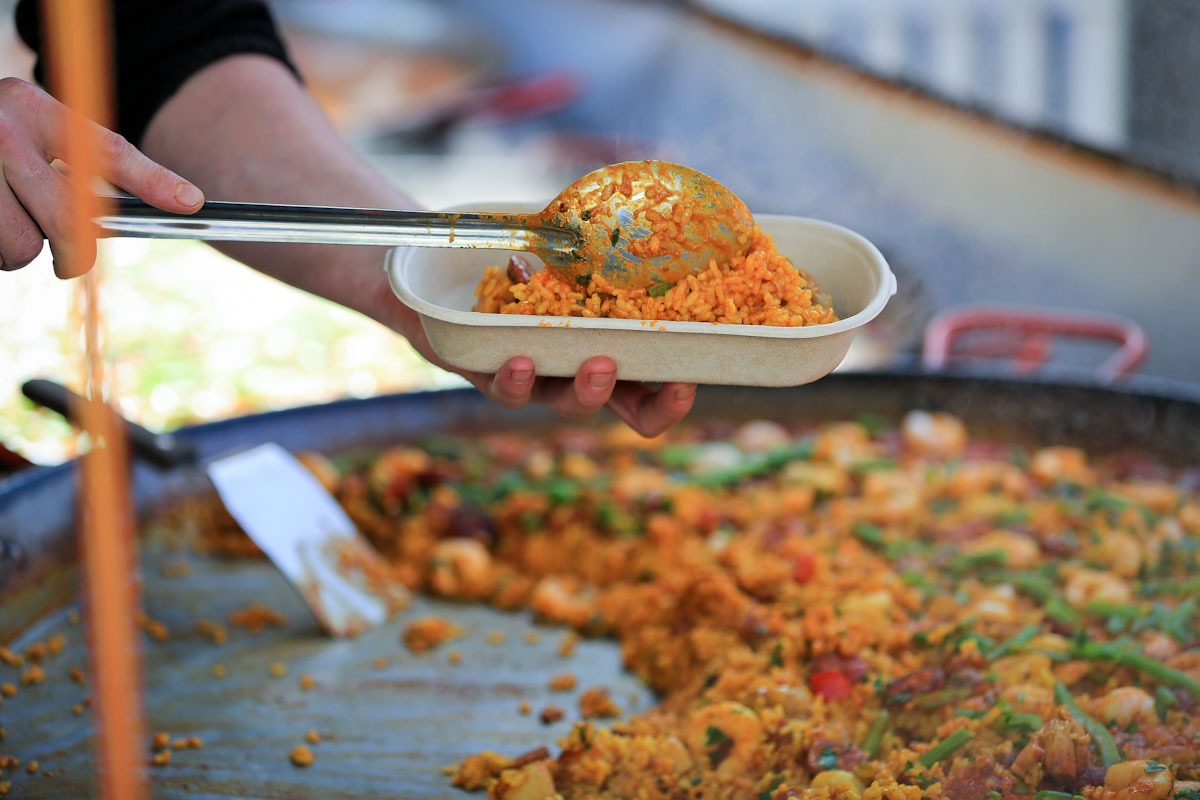 Browsing the markets for top quality produce can be hungry work. As you browse for ingredients to fill your fridge, why not fill your belly with the flavours of Spain?

Check out our markets page for locations and calendar
See Markets 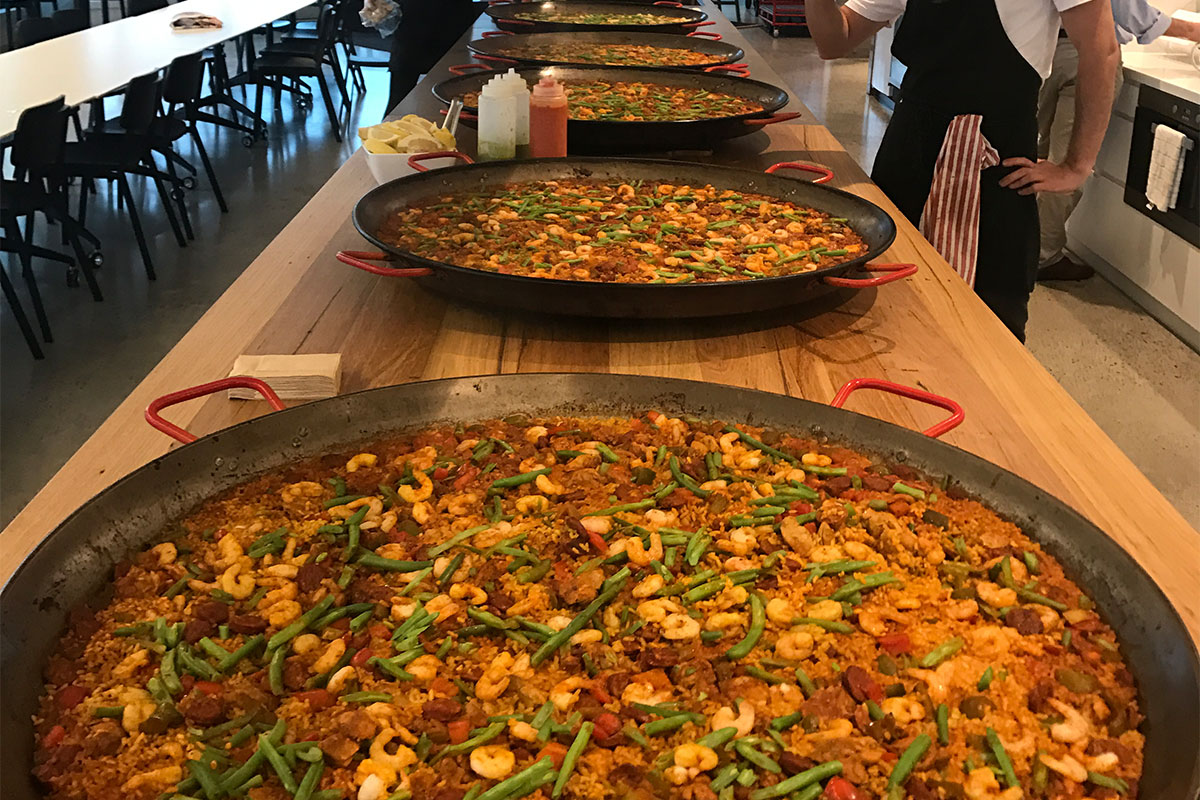 Craving a Spanish experience for your next event? No problem! Sofrito Paella offers a range of catering packages for events, and we are happy to tailor our menu packages to suit the most diverse mix of food lovers.

Check out our catering page for more information on packages.
See Catering

What people are eating

For more information about our catering services or market locations and hours, fill out the enquiry form. You may also contact us on the phone number and email address listed below: